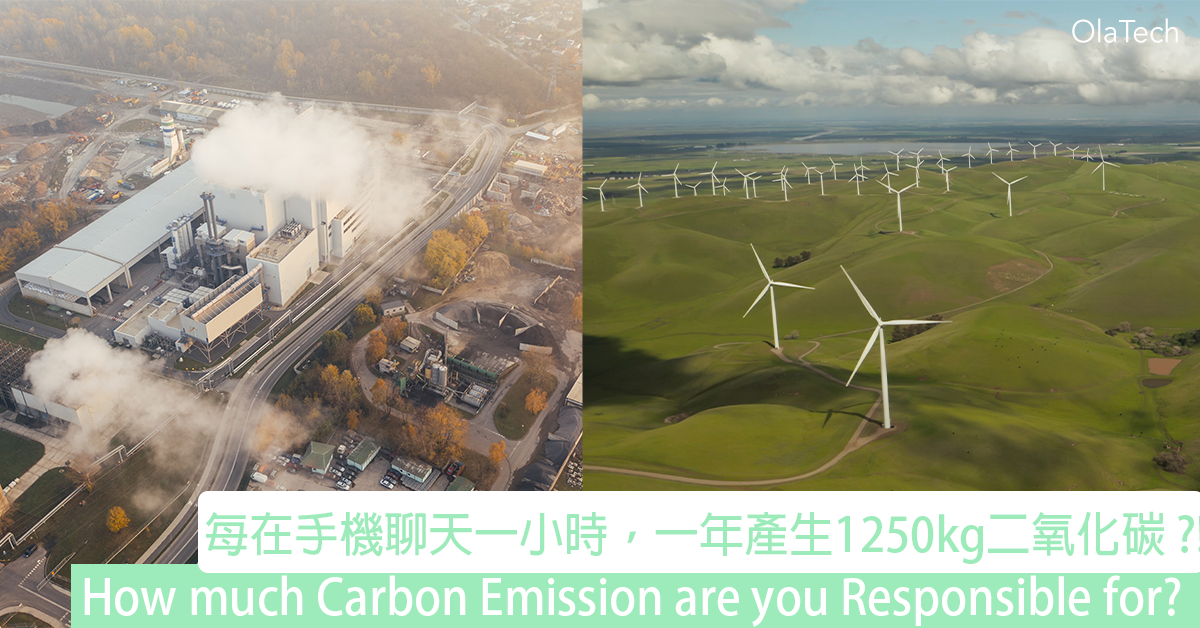 How much Carbon Emissions are you Responsible for?!

Industrial Revolution was phenomena. But no one at the time could have predicted its dire consequences on the environment.

We often hail machinery and advanced technology for reducing carbon emissions due to transportation and inefficient manufacture. However, we often ignore the harmful effects of the machinery itself on the environment. In particular, carbon footprint of smartphones exceeds that of all other electronic devices, concluding laptops and computers.

There are two stages to the carbon emitted by smartphones. Firstly, manufacturing the phone accounts for approximately 90% of its annual carbon footprint due to the energy-intensive machinery used for its production. Secondly, the usage of the phone itself also has a substantial amount of emissions.

As illustrated in the graph above, the average phone generates 57 grams of CO2 per 1 minute of call (3.4 kg per hour). This means that by just talking for one hour in a day, we emit approximately 1250 kilograms of CO2 per year in the environment, we which equivalent to flying from London to New York. As the number of smartphone users exceeds 2.5 billion, we can deduce that 1.25 million tonnes of CO2 emissions are generated cumulatively, just through phone calls, per year. In total, approximately 125 megatons of CO2 are emitted per year due to smartphones.

So what can you do?

Currently, used smartphones amount to only 8% of the total smartphone market. However, we believe that this number can be substantially increased if a safer and more transparent medium of exchange is introduced in the market. We at Ola Tech provide a comprehensive service of certified data removal and transparent chain-of custody. We then refurbish and sell these devices, donating the majority of our proceedings to charities and investing the remaining in our business to advance our technology to encourage sustainable living to a wider audience.